Toyota presented the brand-new Toyota RAV4 at the New York Auto Show in March 2018. It is a completely fifth generation, it’s not just a redesign. The manufacturer has really provided global changes. The vehicle was moved to a different platform, and also got a completely new interior and design. Instead of streamlined and swift forms, the car shows brutal angular lines. We want to note the "frowned" pointed headlights with graceful focusing lenses and cilia of daytime running lights. The radiator grille is also quite aggressive. It has a hexagonal shape and consists of many plastic cells, on top of which there is a massive overlay with the manufacturer's logo.

The RAV4's front bumper flaunts a small air intake and high recesses with small fog lights. The classic off-road body kit emphasizes the off-road character of the model on the wheel arches, sills, and bumpers. It is made of durable unpainted plastic and is designed to protect the paintwork in the most vulnerable places.

It's all rather impressive. But we're willing to know about the other, also an important thing that affects many vehicles' specs – the wheelbase.

Why do the consumers pay attention to this? Because the larger wheelbase, the better and the smoother ride it provides, the better comfort it has. The wheelbase directly affects the vehicle's stability on the road and its turning radius. If you're ready, let's look at the wheelbase of the RAV4 – one of the most popular crossovers.

With every generation, Toyota increases the wheelbase of the RAV4. The current fifth-generation now has a wheelbase of 2,690 mm (105,9 in). If we compare it with the previous model line, it raised to 30 mm. This wheelbase increasing made it possible to reduce overhangs and improve geometric cross-country ability. Because of it, the rear passenger's space was also improved so that you won't be haunted by groans of discomfort from your guests on the rear seats.

Does the wheelbase also affect a vehicle's stability on the road? Is the Toyota RAV4 stable on the road? Does it provide a smooth ride? Yes, and it's because of its wheelbase. The Toyota RAV4 drives more like a car than an SUV, offering drivers and passengers a smooth ride, even over rough roads. The steering is light and responsive, and the vehicle feels stable and secure on both windy roads and open highways.

And what about the turning circle? The RAV4's turning radius is 11.4 m. It means that the crossover is quite maneuverable if we compare it with the rivals. It can perform a U-turn 50cm tighter than a Ford Kuga – already an agile car for the segment. The Toyota RAV4 is among the easiest cars in its class to park.

There's all we know about the Toyota RAV4 wheelbase. We hope that when you look at this crossover as your next vehicle, our information will help you to make a choice. There is one thing you can be sure of – the RAV4 can offer you a smooth and comfortable ride. 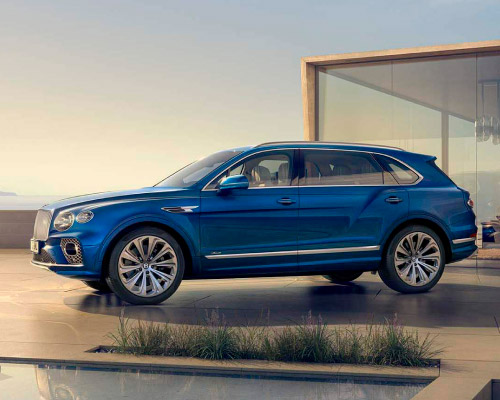